This project is a collaboration among the Departments of Drama at Royal Holloway and Queen Mary, University of London (UK), The Centre for Curating the Archive and the Centre for African Studies at the University of Cape Town (South Africa), Africana Studies at Brown University (US) and the District 6 Museum. The primary aims are to research, document and disseminate archives of the Spring Queen and Miss Gay Western Cape pageants performed by disparate ‘coloured’ communities in greater Cape Town.

The Spring Queen pageant is a unique event where ‘coloured’  female factory workers from the clothing and textile industry in the Western Cape of South Africa compete each year to be crowned “spring queen” of the Southern African Clothing and Textile Worker’s Union (SACTWU). Public resistance to apartheid often resulted in violent racial conflict and for the first time in the garment industry in the 1970s there were acts of retaliation to low wages in the form of strikes. It is within this climate of dissent and harsh backlashes that the Spring Queen pageant emerged around 1978. Local trade unions devised the pageant as a mode of alleviating rising tensions amongst workers. A highlight on the Cape-Town social calendar, thousands of supporters attend the final event at the Good Hope Centre in Cape Town, on the edge of what used to be District Six.

This project will situate the Spring Queen as a moment of significant cultural shift. As textile manufacturing increasingly moves to other parts of the globe, this is perhaps the last opportunity to document garment and textile workers in Cape Town. The pageant bears testimony to the lives of Cape factory workers both during and after apartheid. The contestants, many of whom live in marginalized and impoverished areas, primarily in Atlantis and the Cape Flats, travel into a racially divided city centre for the pageant. Important to these performance events is the figure of the “moffie”, a queer ‘coloured’  male, often a transsexual, who has traditionally played crucial roles in the pageant, but who is forbidden from competing in them. Miss Gay Western Cape, which grew out of the Spring Queen pageant and the new South African constitution that was the first in the world to include protection for sexual minorities, is a platform for queer ‘non-white’  persons to perform in a secure environment without exploitation. 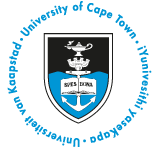 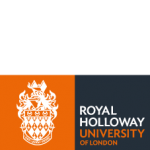